“Essential to our re-branding, Calah delivers a rare triple threat: Analysis, Creativity, and Execution. Conversions grew 290% while cost per conversion shrank 78%, saving us thousands. Thanks to Calah’s superb market analysis, creative designs, and execution plan, we have a clear path to even greater success!

When you hire a consultant, you get the best of all worlds. An idea generator, an outside perspective, and a C-level exec without the C-level exec salary.

I was approached to solve a problem. A problem many consultants before me had tried to help my client tackle, failing time after time (according to my client).

A tourism museum in downtown Boston was struggling to maintain growth. With rent alone being over $1 million/year, they needed to make more profits and grow at a faster rate.

I was there to help.

It was easy to see that their issues had little to do with effort or manpower. They worked their bones off.

Their current failure was due to lack of strategy, focus, and direction. They didn’t know how to properly use the data they had.

Diving in, I gathered all available data and added advanced analytics/conversion tracking to all their sources (which paid off later when we were making marketing and business decisions).

“I can market anything; it doesn’t matter how good the product is. I can market poop, and everyone will buy it.

It was easy to see that their marketing and sales team had their hands in too many jars. They were on nearly every marketing channel thinkable for the tourism industry. It was impressive, but this spread out their resources and made it nearly impossible to produce quality work. Although there was potential for these channels to be very fruitful, the lack of proper attention to these avenues resulted in subpar marketing with a lot of wasted money.

They had three websites, which needed to be consolidated into one. They were losing SEO benefits and confusing customers. The majority of their marketing was pointing to different URLs, affecting rankings on Search engines like Google and the number of overall conversions.

The current page builder (website editor) on the main website was difficult to use and time consuming. Their team wasn’t able to go in and make quick edits. They needed the ability to make campaign-specific landing pages to match Google Ads and to track conversions on each landing page. The site was bulky and slow due to page builder, which affects search rankings on Google.

All their marketing materials (including their brand colors) and their business model was similar to that of a national, leading brand. They were not distinguishing themselves from this well-known giant in their industry. Since their brand name was not very well known, it made it appear that they were copying their competition. If they wanted to continue without differentiating themselves from their competition, the cost would be too significant. Instead, they needed to find a more clever way to reach customers; they needed to be unique.

Their logo was hard to read and looked dated. Additionally, they had a very long name for their business. Not only was this difficult for customers to remember, media and PR were getting confused with what to call the company, often citing different brand names in their publications.

Their primary spend was on Google Ads, yet I found a lot of money wasted. They understood the power of Google Ads, but they didn’t know how to optimize it. It was inefficient and costly for them.

Boston is a historically-focused city, and tourists (their primary customer) love history. Qualitative research indicated that people were more interested in the education aspect of the Museum. Reviews indicated disappointment in the museum offerings not being up to their standards of quality, which was largely due to customers comparing their business to that of their giant competition with endless pockets.

After completing an industry/market analysis, a competitive analysis, and extensive customer research, I created a data-backed marketing strategy with a new, customer-centered value proposition.

To differentiate their business from the competition, I helped them change their business direction to focus on the educational & historical aspects of the museum. Education is a great way to add additional value to the customer experience without adding as much cost. This also allowed their team to have more time to work on improving the business and customer experience side of things.

While consolidating the three websites into one (including Shopify), I developed a new, clean website optimized for conversions and aligned with the needs of the customers. This was also very mobile-friendly and incorporated the ability to sell tickets online without the need of Shopify. This allowed for better user control and more SEO benefits.

Using the demographics and information gathered through in-depth analytics tracking, we were better able to target their ideal customer. The optimizations I made had impressive results and gained many new customers.

Narrowing down the marketing channels to allow their team to focus on the the ones generating the highest return resulted in a better direction. Their teams were less stressed and felt less pressure to spread themselves thin. The quality of all their work improved, and their newfound focus was apparent.

My client told me that they were very pleased with my work and that they believed I had been the single person that made the biggest difference in their company. They continued to extend my contract time-after-time, and I continued to produce results. 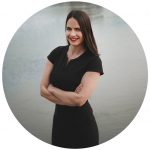 Calah Hanson has been helping business executives make smarter marketing decisions by identifying marketing gaps, creating custom strategies to fill in those gaps, and making the most of their resources. She guides companies to change their approach to marketing decisions by implementing a design-thinking, data-driven strategy based on current psychology research and technology behaviors. Her consulting, backed with actionable data and empirical evidence, has resulted in saving companies hundreds of thousands of dollars and being confident they are spending their marketing dollars in the best way.